Joe De Sena: A Lesson In Fishhooks And Bunny Ears 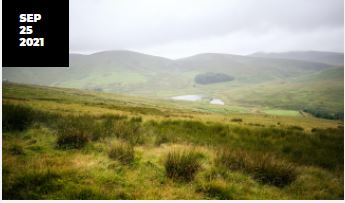 The second week of this month was Chinese New Year. For Chinese New Year, all the kids in a family have to do a play. They go in order of age, so early in the week was my youngest, and then my two middle children, and then the oldest at the end of the week. At the end of the week, after my oldest, Jack, did his play, my wife Courtney came home, and she was distraught. I asked her what was up.

She said, "You know, Jack was on stage, and he didn't really interact at all with the other kids. He just stared at his feet while everybody else was dancing around doing their stuff. Afterwards I went to say something to him, and he ignored me and just walked off. Then, some of the other parents said, Oh, that kid looked like he didn't want to be up there."

That night, Jack comes home, and he's getting in the tub, and I say to him, "Hey, Jack, what's up? You didn't say hello to your mother, and you always have to say hello to your mother. She came all the way to school for you." Then I asked him what the business was on-stage at the pageant, and why he didn't interact with the other kids.

He said, "Dad, I was wearing pink bunny ears, and I felt like an idiot."

Wow, I thought. Come to think of it, they all were wearing goofy outfits. And here we were, making all these assumptions and thinking something was wrong...at the end of the day, it's about a silly bunny costume.

It made me think of a great Italian saying: to know somebody, you've got to eat a barrel of salt with them. It's the same as saying you've got to walk a mile in another person's shoes before you judge them.

You at least have to wear their bunny ears.

Let me tell you another, shorter story. When I was a kid, I made my cousin come for a three-mile run with me. He didn't want to come, but I made him anyway. About a mile into it, he started complaining about his foot. I told him to stop being something I can't say in a blog post. "Let's go," I said. I wouldn't let him stop.

When we finally got home, he was still saying his foot was killing him. We take his shoe off. You would not believe it...

He had stepped on a hook---a big fishing hook---that had gone through his shoe, and it was poking his foot. The kid was in pain, and I thought he was just whining. In reality, I had no idea why he was doing what he was doing, but I assumed.

When my wife Courtney and I were thinking about why Jack was not having it on-stage at Chinese New Year, we had forgotten that we didn't know what we didn't know. We thought we knew why Jack was doing what he was doing, but we really had no idea. And that's the case with so many other things: you really don't know anyone's story until they tell it to you.

And when I was dragging my cousin along with a fishhook stabbing his foot, I thought he was just being weak. I had forgotten that I didn't know what I didn't know: I didn't know the reason why he was in pain. How hard would it have been to stop and check his foot? How hard could it be just to ask what's going on?

So, that's what I've been thinking about this month. Hopefully it's helpful to some of you. As you meet people, always be aware that you really don't know anything about them. Don't write their stories. To really know someone, you've got to go a mile in their shoes.

You never know what you're going to find in them.